Episode One Highlights | Chaos of the Feywild

By Chaos of the FeywildFebruary 9, 2021April 19th, 2021Session Summaries
No Comments 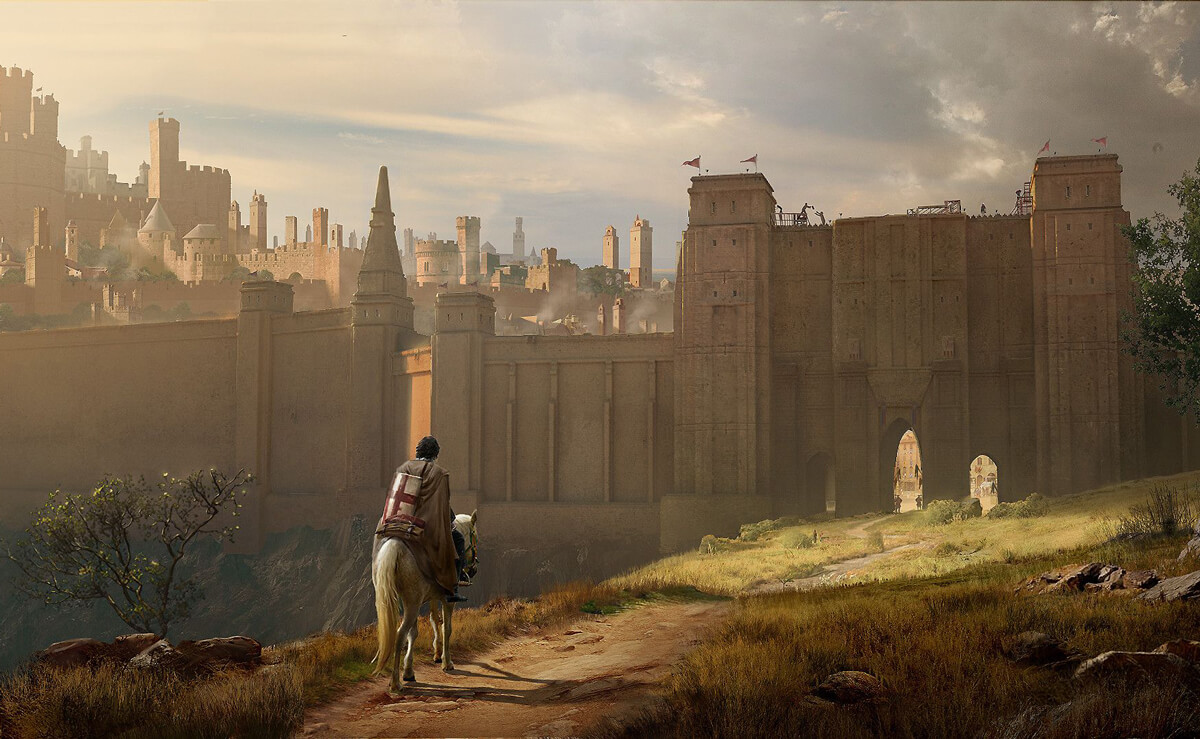 The story begins in the Capitol City of Ankeförd, in the human kingdom (thank you Patreon supporters for selecting that name). The large city is located on the Northeast coast of the land and has high stone walls. It’s predominantly a human city, with occasional Dwarves and Halflings passing through. The city has recently been experiencing a strange magical phenomenon, where Chaotic events are suddenly happening – things are appearing and disappearing, monsters are attacking, and other crazy things. The humans are suspicious that this chaotic energy is coming from the Feywild – the nearby realm of the Elves… potentially even as a sign of aggression.

We joined the 3 main characters of this campaign, as met each other on the way to the palace to speak with the king.

After meeting up and slogging through a bunch of chocolate pudding on the road which arrived from a wave of chaos magic, the characters arrived at the palace. Aenwyn was hoping to plead with the king to stop a logging operation which is threatening her home in the forest. Sir Dyfri was hoping to prove himelf as a brave and loyal Knight who’s ready to take things to the next level. Ponto arrived handcuffed, for repeatedly performing music in the city without written permission from the king.

Arriving in the throne room, they saw the King sending Sir Fetrand (the top ranked knight) and two other companions off on an important mission. As the players were attempting to plead with the king, another wave of Chaos Magic swept through the throne room. 3 Velociraptors appeared and began attacking. The players all sprang into action, defending themselves and the king. After the battle, the King decided to grant each of them their requests, on the condition that they discover the source of the Chaos Magic, and stop it from wreaking havoc on the kingdom.

Aenwyn offered to guide Ponto and Sir Dyfri through the forest, to a location where she and her Elven father used to go during her childhood… an entrance into the Feywild. Before leaving into the north forest, the party went to the local stables to clean themselves of Chocolate Pudding and Velociraptor remnants. They also were able to procure several horses for the Journey. Ponto was given a miniature horse, as a full sized horse would have been unwieldy and dangerous. Interestingly, Sir Dyfri, whose idea it was to get horses, rolled a ZERO (natural 1, negative 1 modifier) on his animal handling check to calm and steer the horse. So the horse bucked him off repeatedly and then ran back to towards Ankeförd. He hopped on the back of Aenywn’s horse, grasping her around the waste for stability.

The party made their way through the forest, arriving at the strange tree that Aenywn remembered from her childhood. After investigating for a while, they found a secret knot in the bark which opened a doorway in the tree which lead down into an underground passage. The horses were set free to wander back towards their home (so long Dark Chocolate). They made their way down the steps (after Ponto put some clothes on… he was naked most of the journey) and pushed forward through the winding tunnels. They arrived in a round chamber, with a table in the center and a stone chest at one end. As they reached for the stone chest, the table began to move and attacked! Galloping and flailing around, the table proved to be a significant challenge.

Ponto unleashed aggressive taunts at the table, which it unfortunately was immune to. Aenwyn scored some damage with kicks and arrows, and Ponto landed a huge hit with his longsword aided by his smiting power. The table began to flee, but not before Ponto was able to land a well aimed crossbow shot, blasting it into sawdust and splinters. The group opened the stone chest to find 2 healing potions, a magical gray bag of holding, and a Pearl of Power.

Making their way up and out of the underground passage, Sir Dyfri was the first to emerge. He briefly noticed the strange, large foliage and odd colors of the surroundings. Before he could make a move however, he was grabbed around the waste by a large Ogre, who was watching the opening for anyone or anything that might accidentally wander through. Dyfri attempted to pry himself free and move back down into the tunnel, but the Ogre’s massive hand was too powerful. Ponto and Aenywn watched in horror as Dyfri was pulled out of the passageway and into the air, held easily on one hand.

Suddenly, an enormous winged creature swooped down, grabbing the ogre in its talons and lifting him from the ground. Dyfri broke free as the 3 of them watched this humongous creature pluck the ogre from the ground and fly off into the darkening sky. They had successfully arrived, but what new dangers will they face as they attempt to unravel the mystery of the Chaos of the Feywild?

Amazingly, our first ever live session was actually trending at #9 in the World for D&D streams on Twitch. Thank you all so much who were able to attend and play along. We hope you’ll all join us for Session Two, which airs live Friday February 9th at 8:30 MST on twitch.tv/theleagueesports.

Special thanks to our supporters on Patreon. We will be playing a special, invite only one-shot for our Legendary Tier patrons sometime in Feb. This month’s Patreon one-shot is The Quest for Dark Chocolate, where we learn the fate of the fan-favorite miniature horse ridden by Ponto. If you’d like to get in on the action, support our efforts, and even play a session within our campaign world, you can check us out over at patreon.com/feywildgame.